Featured Article
1 months ago-The Use Of Margin Accounts To Supplement Cash Flow
2 months ago-Is keeping money in the bank no longer safe? Feat Nick Barisheff - Live From The Vault Ep:91
4 months ago-No Way Out of This Enormous Debt Except Hyperinflation
9 months ago-Canadians opened 2.3 million DIY investing accounts in 2020. Should you?
10 months ago-Nick Barisheff: How do we get $14,000 Gold?
Equities 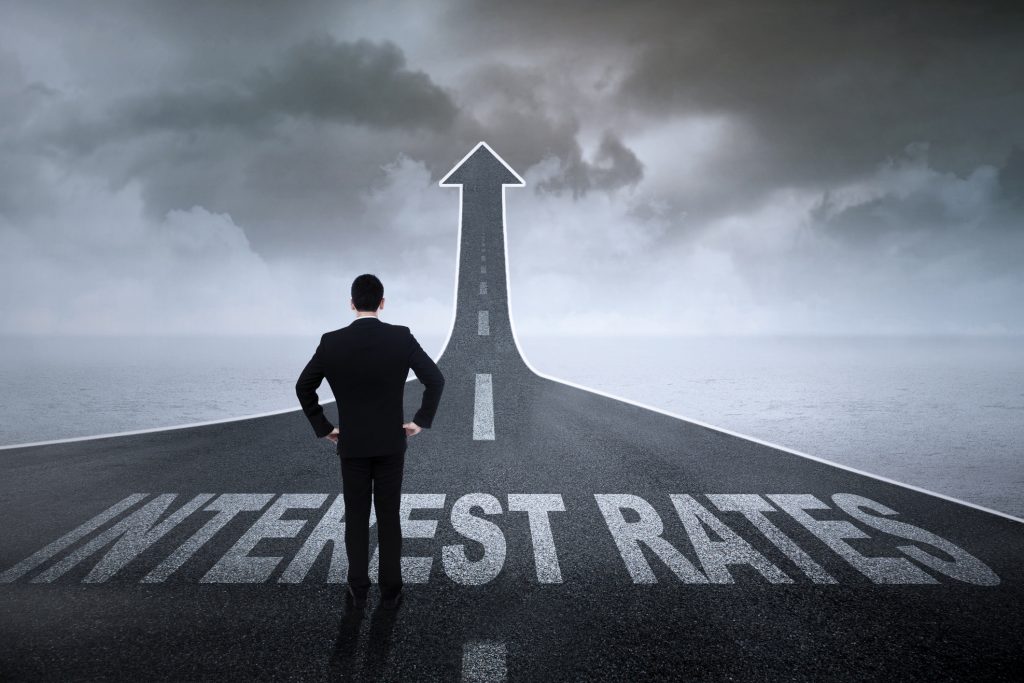 “What’s happening with interest rates?” “Where’s the prime headed?” “Is the Fed announcing a rate hike next month?”

Interest rates, the cost someone pays for the use of someone else’s money, tend to obsess the investment community and the financial media – and with good reason. When the Federal Open Market Committee (FOMC) sets the target for the federal funds rate at which banks borrow from and lend to each other, it has a ripple effect across the entire U.S. economy, not to mention the U.S. stock market. And, while it usually takes at least 12 months for any increase or decrease in interest rates to be felt in a widespread economic way, the market’s response to a change (or the news of a change) is often more immediate.

Understanding the relationship between interest rates and the stock markets can help investors understand how changes might affect their lives, and how to make better investment decisions.

The Interest Rate That Impacts Stocks

The interest rate that moves markets is the federal funds rate. Also known as the overnight rate, this is the cost that depository institutions are charged for borrowing money from Federal Reserve banks – an inter-bank loan rate, so to speak.

The federal funds rate is the way the Fed attempts to control inflation (an increase in prices, caused by too much money chasing too few goods: demand outstripping supply). Basically, by increasing the federal funds rate, the Fed attempts to shrink the supply of money available for purchasing or doing things, by making money more expensive to obtain. Conversely, when it decreases the federal funds rate, the Fed is increasing the money supply and, by making it cheaper to borrow, encouraging spending. Other countries’ central banks do the same thing for the same reason.

See some of the resources online brokers offer to keep track of the latest central bank policies here.

Why is this number, what one bank pays another, so significant? Because the prime interest rate or prime lending rate – the interest rate that commercial banks charge their most credit-worthy customers – is largely based on the federal funds rate. And the prime forms the basis for mortgage loan rates, credit card APRs and a host of other consumer and business loan rates.

What Happens When Interest Rates Rise?

The first ripple: Because it costs them more to borrow money, financial institutions often increase the rates that they charge their customers to borrow money. Individuals are affected through increases to credit card and mortgage interest rates, especially if these loans carry a variable interest rate. This has the effect of decreasing the amount of money consumers can spend. After all, people still have to pay the bills, and when those bills become more expensive, households are left with less disposable income. This means that people will spend less discretionary money, which will affect businesses’ top and bottom lines (that is, revenues and profits).

But businesses are affected in a more direct way as well. They too borrow money from banks to run and expand their operations. When the banks make borrowing more expensive, companies might not borrow as much and will pay higher rates of interest on their loans. Less business spending can slow down the growth of a company; it might curtail expansion plans and new ventures and even induce cutbacks. There might be a decrease in earnings as well – which, for a public company, usually means the stock price takes a hit.

Interest Rates and the Stock Market

So now we see how those ripples can rock the stock market. If a company is seen as cutting back on its growth spending or is making less profit – either through higher debt expenses or less revenue – then the estimated amount of future cash flows will drop. All else being equal, this will lower the price of the company’s stock. (A key way to value a company is to take the sum of all the expected future cash flows from that company discounted back to the present. To arrive at a stock’s price, take the sum of the future discounted cash flow and divide it by the number of shares available.)

If enough companies experience declines in their stock prices, the whole market, or the key indexes (like the Dow Jones Industrial Average or the S&P 500) that many people equate with the market, will go down. With a lowered expectation in the growth and future cash flows of the company, investors will not get as much growth from stock price appreciation, making stock ownership less desirable. Furthermore, investing in equities can be viewed as too risky compared to other investments.

However, some sectors do benefit from interest rate hikes. One sector that tends to benefit the most the financial industry. Banks, brokerages, mortgage companies and insurance companies’ earnings often increase as interest rates move higher, because they can charge more for lending.

Interest Rates and the Bond Market

When the Fed raises the federal funds rate, newly offered government securities, such Treasury bills and bonds, are often viewed as the safest investments and will usually experience a corresponding increase in interest rates. In other words, the “risk-free” rate of return goes up, making these investments more desirable. As the risk-free rate goes up, the total return required for investing in stocks also increases. Therefore, if the required risk premium decreases while the potential return remains the same or becomes lower, investors might feel that stocks have become too risky, and will put their money elsewhere.

One way that governments and businesses raise money is through the sale of bonds. As interest rates move up, the cost of borrowing becomes more expensive. This means that demand for lower-yield bonds will drop, causing their price to drop. As interest rates fall, it becomes easier to borrow money and many companies will issue new bonds to finance new ventures. This will cause the demand for higher-yielding bonds to increase, forcing bond prices higher. Issuers of callable bonds may choose to refinance by calling their existing bonds so they can lock in a lower interest rate.

For income-oriented investors, the Fed’s reducing the federal funds rates means a decreased opportunity to make money from interest. Newly issued Treasuries and annuities won’t pay as much. A decrease in interest rates will prompt investors to move money away from the bond market to the equity market, which then starts to rise with the influx of new capital.

What Happens When Interest Rates Fall?

When the economy is slowing, the Federal Reserve cuts the federal funds rate to stimulate financial activity. A decrease in interest rates by the Fed has the opposite effect to a rate hike. Investors and economists alike view lower interest rates as catalysts for growth – a benefit to personal and corporate borrowing, which in turn leads to greater profits and a robust economy. Consumers will spend more, the lower interest rates encouraging them to feel they can finally afford that new house or send the kids to a private school; businesses will enjoy the ability to finance operations, acquisitions and expansions at a cheaper rate, thereby increasing their future earnings potential, which, in turn, leads to higher stock prices.

Impact of Interest Rates on Stocks

And by the way, nothing has to actually happen to consumers or companies for the stock market to react to interest-rate changes. Rising or falling interest rates also affect investors’ psychology – and the markets are nothing if not psychological. When the Fed announces a hike, both businesses and consumers will cut back on spending; this will cause earnings to fall and stock prices to drop, everyone thinks – and the market tumbles in anticipation. On the other hand, when the Fed announces a cut, the assumption is that consumers and businesses will increase spending and investment, causing stock prices to rise – and the market jumps for joy.

However, if expectations differ significantly from the Fed’s actions, these generalized, conventional reactions may not apply. For example, let’s say the word on the street is that the Fed is going to cut interest rates by 50 basis points at its next meeting, but the Fed announces a drop of only 25 basis points. The news may actually cause stocks to decline – because assumptions of a 50 basis point cut had already been priced into the market.

The business cycle, and where the economy is in it, can also affect the market’s reaction. At the onset of a weakening economy, the modest boost provided by lower rates is not enough to offset the loss of economic activity, and stocks continue to decline. Conversely, towards the end of a boom cycle, when the Fed is moving in to raise rates – a nod to improved corporate profits – certain sectors often continue to do well, such as technology stocks, growth stocks and entertainment/recreational company stocks. 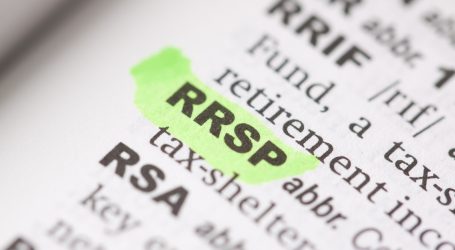 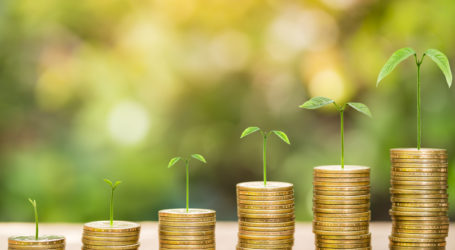