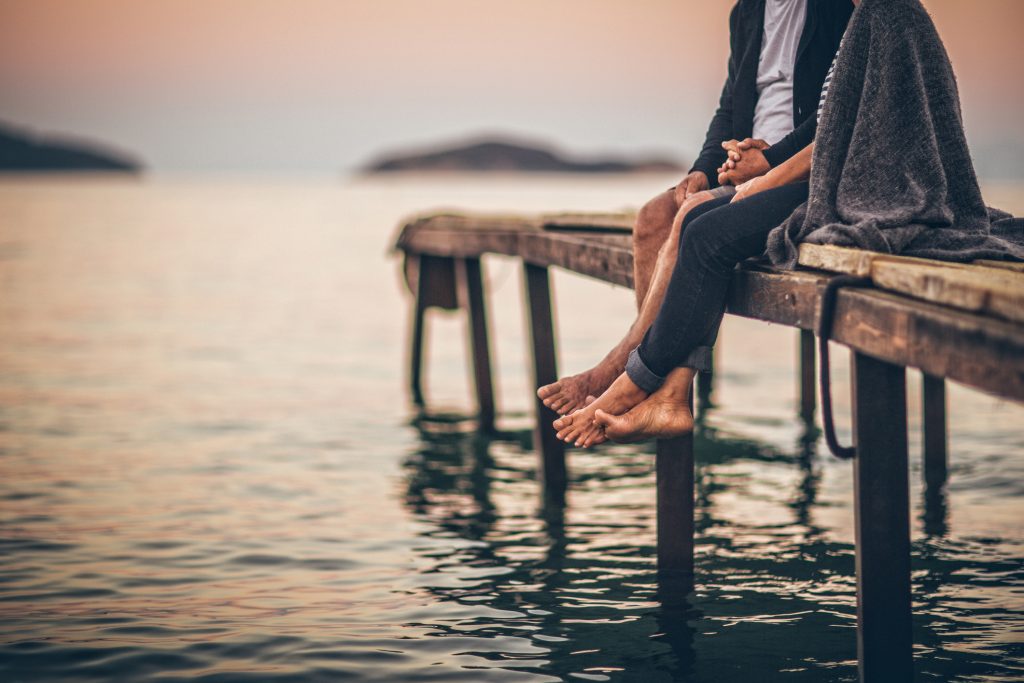 It used to be Canadians pretty much shared an idea of what retirement looked like. You worked until you were 65 and then you punched your time card and went sailing or played golf. If you were lucky enough to have socked away more money, you might have quit your job five or even 10 years earlier.

Today, the definition of retirement is evolving. Why? We’re living and staying active longer. That means some people might want to work longer, just to stay busy. Another factor is many Canadians cannot count on the same generous corporate pensions their parents enjoyed. In that case, they may have to work longer whether they want to or not.

“When you talk about retirement to one person, it can now mean something completely different from what retirement means to another,” says retirement expert and certified financial planner Tom Feigs of Calgary. “Anything from fully retiring from the workforce at 55 to working part time after 65 is considered retirement,” he adds, before concluding: “Canadians are redefining the concept of retirement with changing trends in longevity, demographics and the workplace.”

2014 survey titled “The Reality of Retirement Income in Canada,” by Philip Cross at the Fraser Institute confirmed there has been a noticeable reversal of the trend to earlier retirement. While governments discuss changes to pension plan funding as the population ages,  older Canadians are staying in the workforce for a few extra years. Retirements are being postponed.

A Canada Project poll conducted early this year by Maclean’s revealed more about how secure Canadians feel about their retirement prospects. When asked how confident they are that they will have enough to retire on at age 65, 62% of respondents said either “very confident” or “somewhat” confident. That leaves a lot of people either unprepared or prudently tempering their optimism.

“These numbers are great, showing that Canadians are taking control of their own savings for retirement and are ensuring that they take care of themselves,” says Annie Kvick, a certified financial planner with Money Coaches Canada in North Vancouver.

Retirement expert Feigs finds the poll numbers reassuring but notes how retirement trends are evolving. “Longevity and the changing workplace have put in place a trend towards a more transitional retirement,” says Feigs, who sees the same trends in force with his own financial planning clients.

“Freedom 55 is a cliché and right now, Canadians are all over the map on the topic. Sure, some want to retire early at 55, 60 or 62, but others have no inclination to retire so soon—hoping to continue working for another 10 years or so after age 65, or simply aim to work part-time for a few years to keep busy and stay engaged.”

Feigs notes that for many, retirement from their full-time job simply means the beginning of a second career. “Aging Canadians want to be more involved with community and are keen to stay busy pursuing other passions. No one wants to sit on their duff for 30 years,” says Feigs.

But are Canadians actually financially—and psychologically—preparing themselves to retire successfully, regardless of their vision of retirement? The answer is a definite ‘yes’. In fact, according to the Fraser survey, Canadians are accumulating ample resources for their retirement; the study shoots down the notion that Canadians are not prepared.

“The perception that they are not doing so is encouraged by two common errors by analysts,” notes Cross in the Fraser study. “The first is a failure to take proper account of the large amounts of saving being done by government and firms for future pensions …. And the second is an exclusive focus on the traditional ‘three pillars’ of the pension system, which include Old Age Security (OAS), the Canada and Quebec Pension plans (C/QPP), and voluntary pensions like RRSPs.”

The Fraser study also notes that at least two other key aspects of a comfortable and secure retirement are often overlooked. “One is the trillions of dollars of assets people hold outside of formal pension vehicles, most notably in home equity and non-taxable accounts. Another is the largely undocumented network of family and friends that lend physical, emotional and financial support to retirees. That support is largely ignored in the literature on the economics of retirement.”

More from The Canada Project

The good news is that Canadians have always adapted rapidly to the changes in federal retirement policy. So as the use of employer-sponsored pension plans has fallen over the last 50 years, Canadians have made up for it by increasing savings in RRSPs and TFSAs as well as by prioritizing owning their own home, which brings tax free benefits as the equity in their principal residence grows.

Other assets? “Almost 70% of Canadians own a home, and 10 per cent have a second home or cottage, small business, farm and saving. On top of that, there are investments such as stocks and bonds that are outside the RRSP or TFSA. And let’s not forget about inheritances and other wealth transfers,” notes Cross in the report.

But sometimes life gets in the way. So while it’s easy to understand why the Maclean’s Canada Project poll noted that while 68% of those without kids were confident they would have enough to retire on at age 65, that percentage decreased with families who had kids, falling to 56% if they had kids under 18. Money Coach Kvick says this is likely because it’s hard to know where you stand financially when you’re raising kids. “When they’re young there are big daycare bills but once they start elementary school and approach their teens, you start realizing how expensive kids really are.”

So while many Canadian families may have thought when their kids were younger that they’d start saving more for retirement when the kids got older, it doesn’t always happen that neatly. In fact, when Canadian families fast forward 10 years they may find that they still haven’t started. And at that point, there are additional financial hits for parents when their teens need cars, gas, cellphones, clothes and longer school trips. And all those costs are on top of the saving the parents are doing for tuition and other post-secondary education expense.

It doesn’t stop there. “A lot of my clients even plan to help their kids well past university, with down payments on their children’s first home and RESPs for their grandchildren,” says Ayana Forward, a certified financial planner in Ottawa. “They find they have more money coming in than they need and are happy to gift some of it now when it will make a difference.”

Still, Kvick believes that families are adapting and making the numbers work. “Nowadays, not everyone sees ‘retirement’ in the same way. For most, it’s just the ability to choose—maybe part-time work or a new career. So while a lot of my professional clients may still plan on retiring at 60 or 65 with a good pension, others are coming up with their own creative ideas of how they want to spend their retirement years—and making accommodations in their budgets and work-life [balance] to make it happen.”

Of all the respondents polled, three groups stood out as being least confident they could retire at 65. They are females (59%), Gen-X (36%), and Millennials (39%). Thirty-year-old freelance writer Alexandra Brosac of Toronto ticks two of those boxes. “I pay close attention to the studies around women’s life expectancy,” says Brosac, who saves in TFSAs but has RRSPs on her radar.

“I may always be single, or I may outlive a partner by a couple of decades. Or I may develop health issues, so lots of unforeseen setbacks could happen. But I think with a careful planning and a forced savings plan in my 20s, 30s and 40s, I can retire at 65 fairly comfortably. I see my 60s as a time where I’m just working less and getting paid a bit better—and not working as hard as I do now.”

What Brosac shows is households respond positively to the proper incentives to save. According to the Fraser Study, in 2013, households owned $9.5 trillion of assets, and $900 billion of that were in RRSPs. (The study noted the $1.5 trillion in assets owned by government and employer pension funds are not allocated to the household sector, although they are ultimately held for the benefit of households.)

“These assets are split about equally between non-financial assets (mostly homes and land, totalling $3.6 trillion) and financial assets (excluding RRSPs),” the report said. “The large amount of assets held in real estate is a rational response to the tax-exempt status of the primary residence, which essentially gives every homeowner an unlimited Tax Free Savings Account.”

Previous generations of retirees were reluctant to draw on their home equity except in a major event, such as a death of a spouse. But in the past two decades this attitude has changed. Surveys show that prospective retirees are openly planning to downsize and use housing assets as a source of retirement income.

Still, for most Canadians, their CPP, OAS and Guaranteed Income Supplement (GIS) will form the backbone of their retirement. Whether they wish to augment these retirement income with a modest company pension, some part-time income from a side hustle or investments in the stock market, Canadians have discovered a lot of ways they can mix and match their retirement options to shape the kind of “retirement” they will ultimately be happy with.

“There is no longer a magic age 65 when we’re all going to quit work cold turkey and do something completely different,” says Kvick. “We’re living longer, and a prosperous middle-class is realizing that retirement is about the journey—not the destination.” 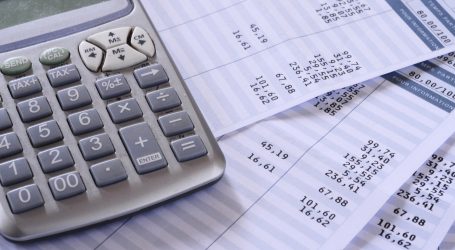 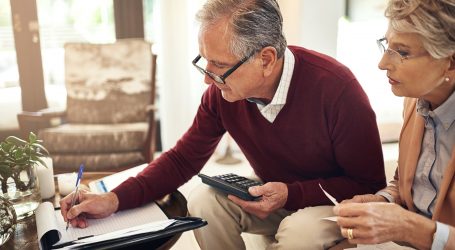 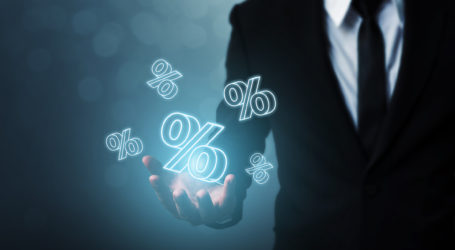