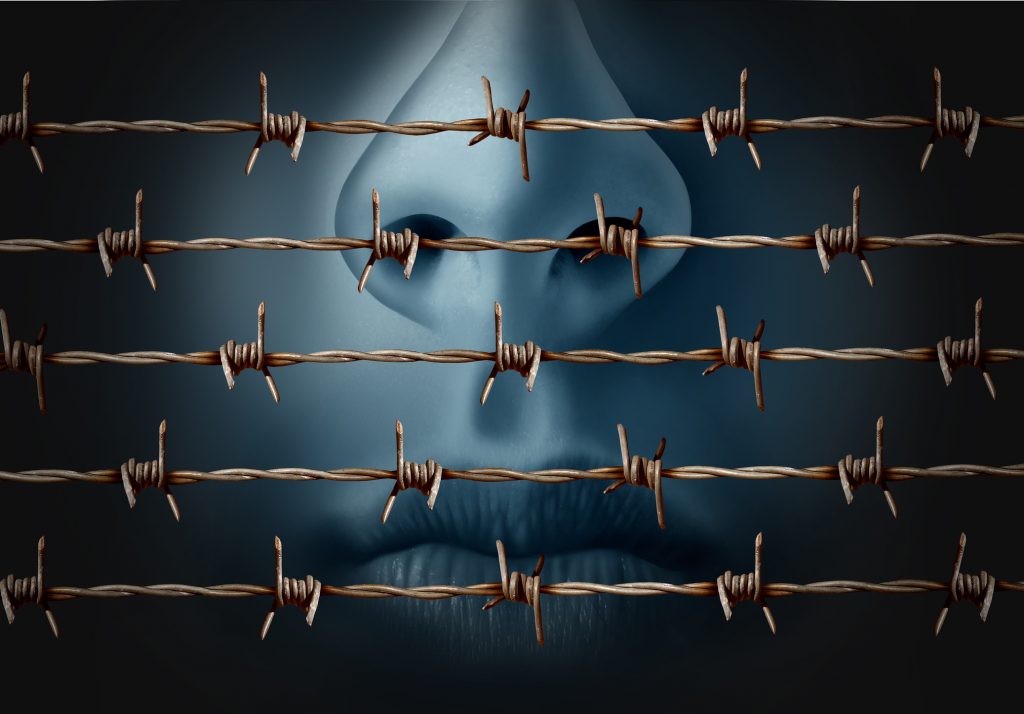 The Overton Window and Political Control

The Overton Window is a concept in political sociology referring to the range of acceptable opinions that can be held by respectable people.

“Respectable” of course means that the subject can be integrated with polite society. Respectability is a strong precondition on ability to have open influence in the mainstream.

Thus the Overton window becomes a mechanism of political control. If you can define the coordinating ideologies of all enemy political coalitions as outside the Overton window, then respectable society, which is your own power base, will be free of their influence, and they will be fatally marginalized. It is difficult to get your people to play along just by fiat, but it can be done. This is the basic insight behind official ideologies and religions, inquisitions, political repression of speech, and so on. It is an indispensable system of power for any ruling coalition, and is thus present in all societies.

The trouble with the Overton window as a mechanism of political control, and with politicization of speech and thought in general, is that it causes significant collateral damage on the ability of your society to think clearly. If some thoughts are unthinkable and unspeakable, and the truth happens in some case to fall outside of polite consensus, then your ruling elite and their society will run into situations they simply can’t handle.

Thus a wise elite uses the politicization of speech very sparingly, only in situations where immediate political security is threatened, and they use it in concert with other destructive but effective mechanisms like martial law, state seizure of assets, and such, to quickly and decisively return to a state of political security. Once political security is restored, the lawful freedom which is necessary for clear thought and prosperity can be reinstated.

There are two things that can go wrong with this:

An unwise political elite is one incapable of thinking clearly about their strategic situation, acting in concert, or sticking to a plan. One source of lack of wisdom is lack of unity and coherence of the core elite, for example if it has become too large and informal instead of small and hierarchical. Another is that thought and speech have become so weaponized that the inability to think leaks into the core elite itself. This is a root problem much less often than most people realize. It’s usually downstream of insecurity:

An insecure political elite is one which has either no sufficient mechanisms of political power short of the politicization of speech and thought, or is faced by such powerful but somehow never decisively powerful enemies that they need to permanently escalate to a state of vigorous politicization of speech and thought. We can compare this state to “intellectual martial law”, for its structural similarity to the physical-security equivalent.

The Overton Window and Democracy

Democracy deprives the elite of the formal power to efficiently use official propaganda, the legal system, and security forces directly against their opposition, or in service of their own power. It also makes building a viable and threatening opposition as easy as credibly promising preferential treatment to a majority of the electorate, which is almost always possible through wealth redistribution at least, and usually other ways. This creates a state of politics with at least two serious political factions in conflict, none of which can ever fully lock down their power.

When hegemony, alliance, or understanding is reached between these factions by extra-democratic means, so that there are no immediate political threats, governance can focus on order and prosperity. But the democratic system makes such situations highly unstable, and too easy for part of the elite to defect, or for some counter-elite to emerge, and so more serious conflict between the factions emerges.

In the last half century of the 20th century in America, one of the most critical extra-democratic mechanisms of stability has been hegemonic control of the intellectual landscape by an elite-managed consensus in the media companies, publishers, and universities. This made it extremely difficult for anyone to organize a truly hostile and effective counter-coalition. Having some level of security, the elite only needed speech to be politicized to a certain extent. They were of course still too insecure to be able to openly explore less fashionable ideas like segregation and real anti-communism; they had a restrictive overton window, and still had to fight to keep it. But thanks to the hegemonic control of key intellectual spaces, it was relatively easy to keep more or less all intellectuals inside safe bounds.

New Media and the Overton Bubble

But with the rise of the Internet, self-publishing, and social media, it has become much easier to build intellectual conversations outside of the overton window of the universities. This blog and all of our co-intellectuals, for example, exist mostly outside the overton window. Donald Trump, another example, used the mainstream media, but was critically able to speak directly to his fans through social media and self-publishing, and exploit weaknesses in the media’s information control system, and thus operate entirely outside of their control, and thus build a real existential opposition, as small and disorganized as it is. An older example, Hitler, likewise exploited emerging technologies like cheap publication, radio, voice amplification, and motor transportation to directly educate himself, reach people, and build his coalition through new uncontrolled channels.

At the same time as this recent breakdown of hegemonic intellectual control by the elite consensus, we have seen a radicalization of that consensus, a rapid shifting of the Overton window to require affirmation of ever-newer political correctness norms, and to require disavowal of opinions widespread among the elite even 10 years ago. Despite an increase in the power and availability of “right wing” and other unorthodox ideas, folks within the Overton window are less willing to hear and understand ideas outside the mainstream than ever before in Western history. Even at the height of religious persecution of heretics, top theologians were engaging more honestly and openly with the best heresies than Harvard does today. The Overton window has become an Overton bubble, with most respectable people trapped inside of it, unable to hear or think thoughts outside it.

We believe these two trends – breakdown of the intellectual power of the Overton window, and radicalization into the Overton bubble – are related.

If we interpret the actions of the consensus inside the bubble in the context of their old hegemony, they make perfect sense. When media and universities had hegemonic control over the intellectual space, an effective, if destructive, tactic was to radicalize the thing a bit to flush out the insufficiently loyal, and then purge everyone who doesn’t step in line. The heretics, thus exiled, would be doomed to wander the intellectual wasteland outside of the universities, and would not be able to organize any kind of counter-thought. Thus the Overton window occasionally shifting and expelling the “bigots” was an effective means of political control.

Today, it is no longer effective; the expelled intellectuals go on thinking and publishing and working together, they just do it over the internet in an uncontrolled fashion. It’s still weaker out here for the most part than inside the bubble, but that has been rapidly changing over the past few years, and we can expect the trend to continue. It is no longer effective because exclusion from the bubble, no matter how vigorous, is no longer intellectually fatal, and is even becoming liberating.

It is no longer effective, but almost by definition, those within the Overton bubble are unable to accurately perceive or understand what is happening outside the bubble, lest they be purged. And all this analysis is quite outside the bubble, so they have a hard time realizing that Overton radicalization and expulsion is no longer a viable mechanism of political control. That combined with institutional momentum holding them in the operating pattern that has worked for them for the past few hundred years, and they keep on with business as usual, responding to dissent with radicalization and exclusion, despite its impending failure.

The Impending Crisis of Democracy

And so now we are stuck with a really nasty situation: A closed bubble of mainstream left-wing thought unwilling and incapable of engaging with anything outside itself, which is rapidly shifting so that almost all principles of good governance and civilization are outside it. And on the other side an uncontrolled free-for-all outside the bubble, not mature enough to reliably settle on truth and the principles of civilization, but quite economical enough to organize effective and fully hostile challengers to the elite consensus.

The viability of a true opposition makes democracy much more dangerous. With two viable intellectual-political coalitions with no moderating ties to each other, the low-level conflict inherent in democracy can get much closer to total war. Civilian partisans, facts, social institutions, family ties, and conceptions of morality all become legitimate targets in the struggle for power. I know people in the trenches of this conflict on both sides, and that is how they think; everything is a legitimate target. The word-of-the-year for 2016 was “post-truth” for a reason.

If this trend continues, deepening sociopolitical division and developing maturity of the conflict will lead to a crisis of democracy, when we will face a fully developed clash of civilizations within one society. This will terminate in civil war, a military coup, revolution, and/or tyranny; it is hard to predict how said conflict will go, because the sides have very different strengths. Roughly, most of the guns on one side, and most of the brains on the other. We can’t tell which will be the decisive dimension of conflict, but from the perspective of civilization, either outcome looks disastrous.

If two factions won’t talk, war is inevitable. If the elite mainstream won’t open to dialogue and understanding with the outside, and the outside doesn’t make good-faith attempts to engage with the intellectual mainstream, the intellectual-political landscape will divide, and we will get civil war.

There are three major factors of this pessimistic prediction, which, if changed, could ameliorate the situation:

So if we avoid a crisis of democracy, it will be because new media and the opposition it enables is somehow reined in by the elite, the Overton bubble pops and earnest honest and open dialogue occurs between the factions, or because we undergo an orderly transition away from democracy, or at least away from effective democracy; it is possible to retain democracy-in-name while not having it in substance, but this is less stable than formally getting rid of it.

Each of those is various shades of massively damaging, absurdly unrealistic, and politically impossible. I find the last option, transition to post-democratic politics in which tight control over the range of acceptable opinions is no longer necessary for the elite to maintain its position, to be the most promising, especially as such control is shaping up to become some combination of impossible and destructive.

But not just any post-democratic system will do. It will have to be quite well thought-out, and executed responsibly, to work. It’s almost like someone should be studying and preparing for that transition full time…

Or maybe my whole hypothesis here is wrong. I hope so, but I don’t think so.

In the mean time, the least we can do is to avoid bringing the political struggle to the dinner table with our families this thanksgiving. Happy Thanksgiving! 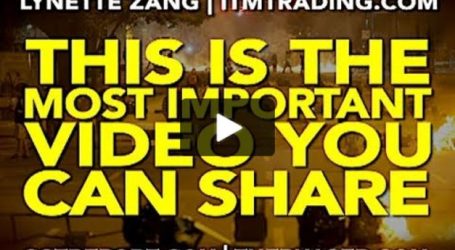 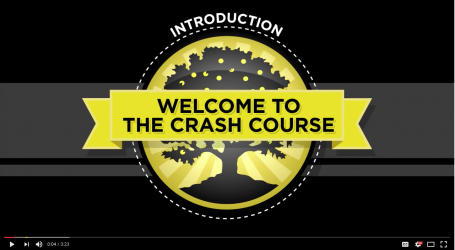 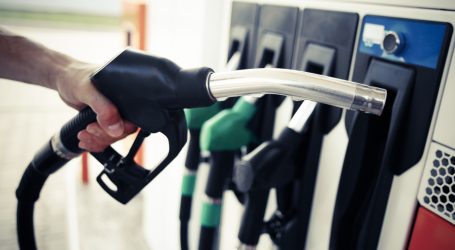