Featured Article
1 months ago-The Use Of Margin Accounts To Supplement Cash Flow
2 months ago-Is keeping money in the bank no longer safe? Feat Nick Barisheff - Live From The Vault Ep:91
4 months ago-No Way Out of This Enormous Debt Except Hyperinflation
9 months ago-Canadians opened 2.3 million DIY investing accounts in 2020. Should you?
9 months ago-Nick Barisheff: How do we get $14,000 Gold?
Precious Metals 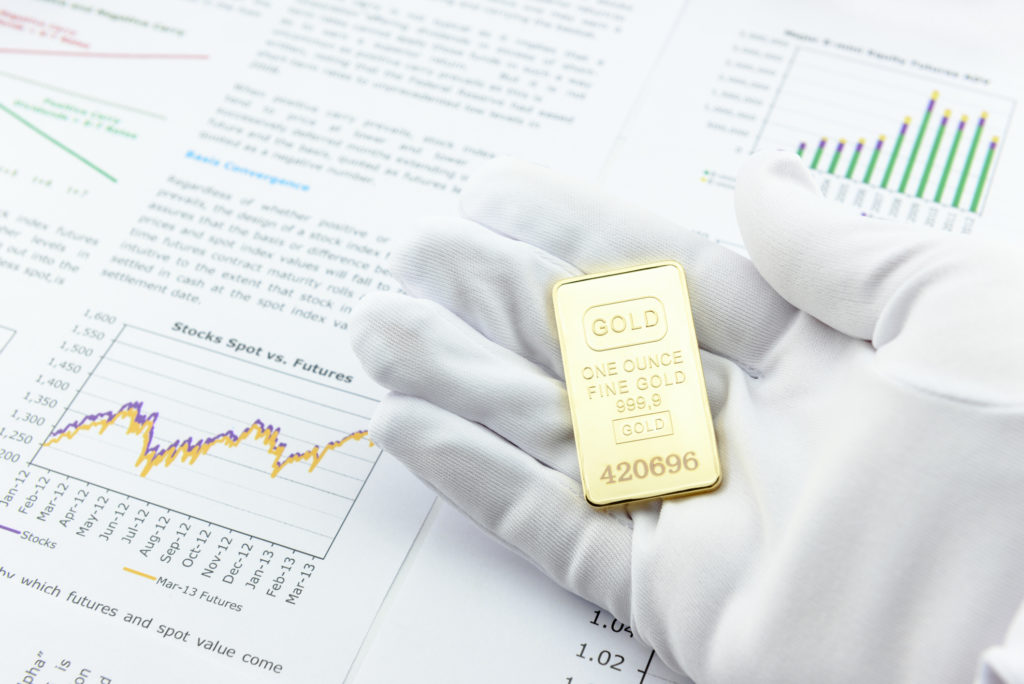 President Trump recently announced his plans for tariffs on both steel and aluminum imports into the United States, setting off a wave of threats from other countries and sending the S&P 500 nearly 1.5% on the day.

Since the announcement, fear has been building that retaliatory tariffs could start a trade war of tit-for-tat increases in everything from agricultural products to designer jeans.

Beyond the economic effects of the tariffs, the damage to investor sentiment and enthusiasm could weigh on a market already near record highs.

It’s setting up to be a volatile year in stocks, with the VIX volatility measure already surging 180% in the February selloff.

And it could mean yet another catalyst and a third year of gains for a traditional safety asset.

Gold May Be The Only Asset Glittering This Year
The price of gold increased 11% last year for its best performance since 2010 and building on a return of nearly 10% in 2016. Capital spending and acquisitions hit a multi-year low since the price sell-off in 2012, hitting production and supporting prices. Weak prices since the post-recession boom caused gold mining acquisitions to touch a 12-year low in 2017.

Gold miners have fought for their survival over the last several years, cutting new investments in production and trimming costs. Data from Bloomberg shows the average extraction costs at the largest miners has fallen 27% over the last five years. Tom Brady, Chief Economist at Newmont Mining (NYSE: NEM ) estimates global gold production will slip by 1% annually over the next several years due to decreased capital spending by miners.

Agnico Eagle Mines holds most of its assets in relatively safer countries like Canada, Mexico and Finland, which helps it avoid risks in other mining hotspots throughout Latin America, Greece and Africa. The company reported an all-in cost of $804 per ounce in 2017, well under the current price of gold at $1,337 per ounce.

IAMgold reported solid operational performance for the fourth quarter but a $0.03 per share loss on higher taxes due to euro strength surprised investors and hit the shares. Shares are down 25% since the September high last year and could benefit on renewed investor interest.

Sweden’s billionaire Lundin family is reported to be interested in buying gold projects . Lukas Lundin said at the BMO Global Metals & Mining Conference late February that Lundin Mining Corp. is looking to spend up to $3 billion on a nickel or copper acquisition and is also searching for attractive gold assets. Lundin believes that major gold miners will be “forced” into acquisitions over the next few years because reserve replacement in new mines has not kept up with depleting assets.

The Final Catalyst That Could Send Gold Prices Surging
The environment has already lifted gold prices . The price of bullion broke $1,350 an ounce in January and February before settling back but is still well above $1,300 an ounce. Now tariffs and threat of a trade war are adding two more factors that could make gold the only safe asset of 2018.

Announced steel and aluminum tariffs could raise prices on everything from cars to beer, but that’s only the beginning. Other countries are sure to retaliate with measures of their own. The EU has already threatened iconic American brands like Harley Davidson, Levi Strauss and U.S.-made whiskey.

For its part, China has already started building its case for tariffs against U.S. agricultural commodities for sorghum and soybeans and could threaten to cut off U.S. companies to one of the world’s fastest-growing markets.

American companies using steel and aluminum as inputs employ over 6.5 million and contribute over $1 trillion to the U.S. economy. That dwarfs the 140,000 employed in steel and aluminum mills and the $36 million added to the economy from the two industries. Rising prices on industrial metals will mean higher prices to consumers and threatens profits at a range of companies. Retaliatory measures in other countries will also hit profits in the United States, most likely in the agricultural and consumer discretionary sectors.

This could all come together to create a scenario where only gold will benefit — stagflation. Rising prices across the economy will stoke already-growing inflationary pressures. The hit to corporate profits and the economy threatens any growth that could have been expected from the tax cuts and fiscal spending.

One of the key hurdles for gold prices, rising interest rates, could be cleared in this scenario. The Federal Reserve would have to be much more reserved in its rate hikes. Even as inflationary pressures build, the Fed would need to protect employment and the stumbling economy by keeping rates lower for longer.

Falling gold production, miners forced to acquire growth, activist investors positioning to push for a sale, increased inflationary pressures, market risk, and the potential for lower rates… put it all together and you get a perfect storm for rising gold prices and what could become a stampede for gold like we haven’t seen since after the financial crisis.

Risks To Consider: The Trump Administration has yet to formally adopt the proposed tariffs and the theme is still developing, so it is difficult to predict exactly how far it will go and whether higher inflation and lower growth will materialize.

Action To Take : Position in shares of mid- and small-size gold miners with strong assets that will benefit from rising prices and could become acquisition targets by larger miners. 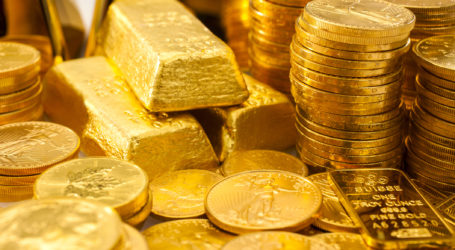 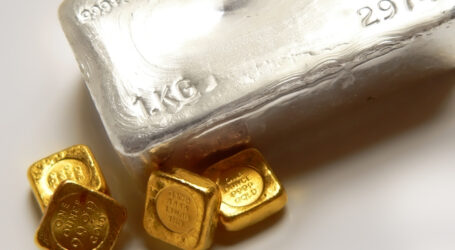